The Charity is governed by 7 Trustees and employs 2 members of staff; General Manager and Maintenance Supervisor. 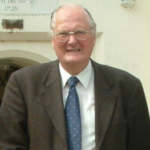 Bill is a retired family doctor who qualified at Glasgow University. From 1967 to 1996 he was a partner in the Wimpole Road Practice together with the late Dr. Peter Rawlinson and Dr. Robin Priscott. During all that time he was an elected member of the Essex Local Medical Committee which looked after family doctors’ interests, serving as chairman for two years.. He was elected by them to be a member of the Essex Medical Practitioner Committee that used to run all services for GPs, dentists and pharmacists in Essex. He served on a number of sub-committees and was appointed as the doctor to examine other doctors when their fitness to practice had been questioned. He was for many years a GP trainer and many of the doctors he helped to teach are practising locally today. He was a member of the North-East Essex Doctors’ Emergency Service, a volunteer group which attends accidents and emergencies. He served as Chairman for many years and helped with the fund-raising. He also gave First Aid lectures to different groups and was an examiner for the Red Cross. For many years he was Chairman of the Colchester Military Modelling Society and had an interest in military history, writing many articles for military magazines and also a book on the history of London buses in the First World War.

He is a member of the Rotary Club of Colchester Forum and for many years edited their magazine. He takes part in their many activities to serve the community both with fund raising and with practical support. He is one of a group of Rotarians who have, over a number of years, been helping children at a Primary school with one-to-one reading practice. 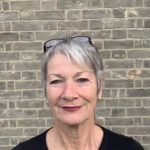 Amanda is the Director of Balkerne Gardens Trust and has worked there for 17 years. She has a background in nursing and management within the NHS and brings with her a wealth of knowledge. 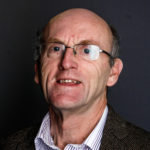 Philip is a solicitor and now a consultant to his old firm, Birkett Long, where he was Managing Partner.
He headed up the firm’s Commercial and Corporate Finance team for many years, and successfully led the firm’s applications for ISO 9001 and Lexcel accreditation.
His experience spans a wide variety of commercial issues and sectors (particularly healthcare), where he has offered advice on partnerships and joint ventures, sales and purchases of companies and businesses, Private Finance Initiatives and Private Public Partnership projects.
He is a Fellow of the Institute of Advanced Legal Studies, a member of the Education Law Association, a Board member of Colchester Business Enterprise Agency, and Non Executive Chairman of Kent Blaxill and Co Ltd, Healthcare Homes Group, The Rob George Foundation and Essex County Cricket Board. He is also Non Executive Vice-chairman of Essex Cares Limited.
In his spare time he enjoys cricket, walking and the theatre. 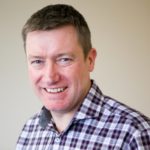 Simon is a Chartered Accountant living and working Colchester. During the day Simon is a partner at Scrutton Bland, and his experience in advising businesses leaves him well placed to serve on the Board of Trustees at Winsley’s. Outside of work, Simon is an active member of Round Table, and a Trustee and organising committee member for The Colchester Half Marathon. Previously Simon has acted as Treasurer to a local branch of a national charity, and has served as a Trustee of   the world famous Maldon Mud Race. 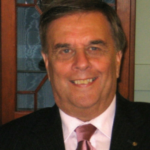 For more than 18 years, until June 2002, David Priest was CEO and Managing Director of the Woods Air Movement group of Companies, a Marconi, (formerly GEC) subsidiary. Based in Colchester. His responsibilities included the American Fan Company in Ohio, USA and a number of subsidiary companies worldwide.

David is an Honorary Fellow of the London South Bank University and a Doctor of the University of Essex where he is also a Member of Court and had previously been a member of Council.

David became a Governor of the Colchester Institute in March 1986 and Board Member upon incorporation in 1993. He was appointed Chairman of the Board in March 2003, having previously served as Vice and then Deputy Chairman and remained Chairman until retirement from the Board in 2012.

Andrew Waters is a retired Chartered Surveyor with over 40 years experience most of which has been in the Colchester area. During this time, Andrew has inspected and reported on a wide range of buildings but he particularly enjoys analysing old listed buildings. Andrew is the trustee charged with guiding the Charity on property matters. In his spare time he is a local historian and for the last 30 years the Fabric Officer of a Grade 1 listed Church over seeing the upkeep. Andrew enjoys spending time with his family and grandchildren and the local theatre. 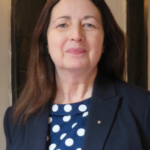 Irene Kettle was a journalist and newspaper editor for more than 30 years and is now a PR, Media and Marketing consultant.

Born in Colchester, she started her career on the Hertfordshire Mercury Series. In 1996, Irene became the first female Editor at Essex County Newspapers in Colchester. She was promoted to Editor-in-Chief, Newsquest (Essex) and also edited the Essex County Standard.

Irene later worked as a Head of Internal and External Relations for the NHS. A Rotarian since 2010, Irene is married to Richard and they have a daughter who is at university.

General Manager and Clerk to the Trustees 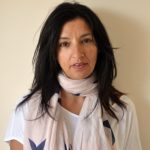 Sareena worked for the Royal Bank of Scotland for 10 years before leaving to start a family.  She moved from Wickford to Colchester in 2003 and worked as a manager for the Hythe Community Centre for 11 years. She joined Winsley’s in 2015 and has recently gained a distinction in a Certificate in Higher Education in Charity & Social Enterprise Management and a CIH Level 4 Certificate in Housing. She is now a Trustee of the Hythe Community Centre. 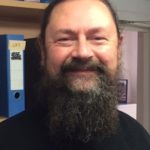 Martin is born and bred in Colchester and attended Stanway School. He lived and travelled in Israel and worked on the Kibbutz for several years. He worked for Morgan Marine in Brightlingsea and then as a Maintenance man in a care home before joining Winsley’s. Martin is married and his hobbies are Steam Punk, reading, and going to the cinema. He also holds a second degree Black belt in Kung Fu.