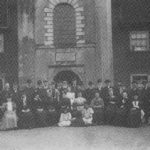 Arthur Winsley left much of his property (Brickhouse Farm in St. Botolph’s Parish) to the Charity in his Will (dated the 28th March 1726). It was converted into twelve almshouses and a Chapel for Colchester men over 60 years old ‘that had lived well and fallen into decay’. Since then other benefactors have left money to the Charity.

Winsley’s benefaction had included a weekly stipend of 2s. 6d. for each almsmen, 36 bu. of coal a year, and, on New Year’s Day, a sermon in the almshouse chapel followed by a dinner.  The stipend rose to 10s. in 1879, but was reduced when income was insufficient to meet expenditure, and was finally discontinued in 1956. The gift of coal ceased in 1958. The sermon continued in 1987, but the New Year dinners were replaced in 1873 by gifts of 3s. to each almsman, changed to 25pence in 1972.  In 1986, the residents paid weekly contributions towards maintenance, hot water, and central heating.

In 1811, the charity bought Barn Hall farm, adjacent to Brickhouse farm. Parts of it were sold in 1899 and 1931, and the remainder in 1945. The land of Brickhouse farm was sold for building between 1893 and 1914; the southern part of the farmhouse, which had been separated from the almshouses and used to house the tenant farmers, was demolished in 1966.

There are now 80 almshouses, a Chapel and a small adjoining Club room, which also houses the Office to the Charity.

In following terms of the Will, a sermon is preached at an annual service held in the New Year.  In his will, Arthur Winsley directed that seven 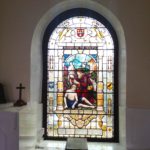 trustees whom he nominated should administer the Charity.